For ALS patient and Star Wars Enthusiast Jeremy Best; his story, his band and his ongoing care. 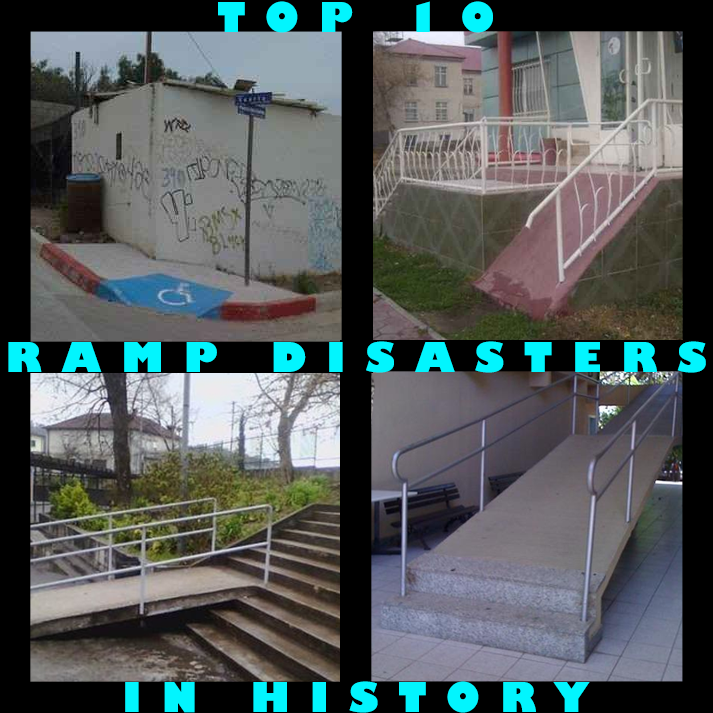 This list came about because we at Team NEWBY have had a series of fiascos involving the attempted procurement of a portable ramp to access friends’ houses, etc.

10) 2016: The Pedersen/Thundergun Ramp Debacle. The group F.O.R. (Friends of Ramp) led by grizzled Lowe’s employee Jim Hoffman inaugurates a stunning new era of private ramp ownership. The hopes of the western world are crushed however when ramp fails to breach the Pedersen household. All the spackle in the world won’t save the situation.

8) 1970-5: The Hamster Disaster. Faulty manufacture between 1970-5 results in the collapse of Habittrail Ramps across the nation. Already skittish hamsters receive traumatizing fright.

6) 1974-78 : Evel Knievel. A series of miscalculations on ramp placement and angles results in spectacular crashes at Caesars Palace, Snake River, and Ikea. Evel breaks 1800 bones and 31,000 spectators are killed. Elvis Presley immortalizes the moment with the Christmas classic “Blood on the Ramp”.

5) 1912: Titanic vs Hindenberg. A ramp mishap on the luxury liner triggers a series of events culminating in a violent collision with the German spy blimp Hindenberg. The explosion can be heard as far away as Pittsburgh. The band plays James Bond themes as passengers scramble for lifeboats. American actor George C Scott dies along with 57,000 others in the icy Arctic waters. Remarkably Billy Zane survives.

4) 2001-present: Al Qaeda/Isis Attacks. In a series of attacks aimed at ramps and Western infrastructure terrorists strike New York (location for Sex and the City), London, Madrid, Paris, and Winnipeg. In an ironic twist, the terrorists whose worldview can only be described as medieval use high technology against the West most notably in New York. The attacks spur a wave of patriotic twerking prompting President Obama to famously say “We can not twerk our way out of this problem”.

3) 1864: Battle of the Ramp. In the final year of The Civil War, Union forces face formidable defensive fortifications outside Petersburg. In an attempt to break through, Union engineers construct a huge ramp. Using loud heavy metal music as a distraction Union forces launch their assault. The ramp collapses under the weight of thousands of soldiers to the sounds of Twisted Sister. The epic fiasco is compounded as the blue clad infantry plunge into a large crater formed by Union troops trying to tunnel under Confederate lines. 220,000 perish, prompting President Lincoln to fly into a rage destroying the White House telegraph room killing 20. The African-American tradition of “corn row” or “dreadlock” hair styles can be seen as a tribute to the fallen.

2) Mid 14th Century: The Black Death/Bubonic Plague/The Chronic. The Plague that wiped out Europe starting around 1350 was brought from Central Asia by ships carrying the deadliest cargo in history…Weasels. Using ramps the infected weasel hordes disembarked in the Italian port city of Genoa quickly spreading across the continent ripping the flesh and eviscerating terrified Europeans. Desperate for an explanation, people turned on the local media, believing they had poisoned the environment with sensationalized reporting. They were rounded up and killed in horrific mass executions using weasel pits. The Black Death basically destroyed the entire European population with the exception of a small group in Ireland who survived by pelting the weasels with potatoes. It wasn’t until the early 20th Century that the population of Europe would recover thanks to the delicious chocolate spread Nutella.

1) 1914-18: World War I: In the year 1914 Gavrilo Princip, a member of the Black Hand Society, a Serbian nationalist group, would assassinate (using a boobytrapped ramp) visiting Austria-Hungarian royalty Archduke Franz Ferdinand and his wife Sophie on the streets of Sarajevo (his last words were “Sophie, stay alive for the children” and “AAHHHH!”).

This fateful act would soon engulf Europe and much of the world in a conflict which saw for the first time the unholy marriage between machines, warfare, and hobos and would ultimately shape the 20th Century. Through a system of alliances the Balkan powderkeg explosion ignited war across a Europe primed to fight due to a lethal combination of hyper-nationalism, imperialist rivalry, and medicinal cocaine.

The war soon bogged down into bloody stalemate. The old Napoleonic tactics were no match for machine guns and barbed wire. At Verdun there were nearly one million casualties in a battle that lasted nine months  In desperation men dug into the earth. On the Western Front a line of trenches and ramps extended from the Swiss border to the English Channel.

After a series of attacks on American crab fishermen by German U-boats (short for Unterseebooten) the United States entered the war vowing to “make the world slaves to democracy”. The refrain “remember the crabbers” could be heard from many American lips. Facing stiff opposition from isolationst Republicans President Wilson could only send hobos into the fray.

“The Stinkin’ Hobo Brigades” as they were known were hastily trained and totally unfit for combat. Desertion and dereliction of duty were rampant. Enemy forces would supply the brigades with alcohol to ensure their annihilation. At the Battle of Ypres (pronounced “eep”) the disshevellled hobos came up against a German division comprised of midgets, “Die Toten Hosen”. Confident of victory the little Germans climbed ramps and lept from their trenches to engage the befuddled hobos. The resulting carnage came to be known as the “Ypres (pronounced “eep”) Massacre of the Stinkin’ Hobos by the German Midgets”. The midgets would dance amidst the hobo fallen and feast on marzipan joy joys mit iodine on that day. This event is vividly portrayed in the film Time Bandits.

The hobo experiment was not a complete loss however as there emerged in post war Europe an interesting new hybrid culture of hobos and gypsies. This new melange produced influences on cuisine, attire, and the arts. Hobo-gypsy musical influence can be heard in the works of brilliant Italian violinist Paganini, Janis Joplin (known to the hobo-gypsies as Janis Jormp Jomp), and Huey Lewis (beloved for his giant penis).

The Great War saw the introduction of several new weapons, none more consequential than the advent of blimp warfare. The lumbering airships would place civilian populations square into the crosshairs of the fight. There ensued a contest for control of the skies over Europe. Blimp aces like Baron Von Blackout are the stuff of legend. The rare blimp dogfights were short affairs due to the lack of protective armor but used as propaganda to great effect by both sides. Once over cities the blimps would drop crude bombs. Towards the end of the war, due to a depleted armament industry, the Germans resorted to dropping rocks, vegetables, and even barnyard animals. The physical damage was minimal but those who endured the assault were forever scarred. The popular children’s rhyme “blimpy blimpy blimpy blimpy blimpy” can be traced to this time.

In the year 1918, on the 11th hour of the 11th day of the 11th month the War to End All Wars ended with the proclamation “all quiet on the Western Front except for the Stinkin’ Hobos”. The devastation was incalculable. In a cruel turn of events, the war was followed by a global Botfly epidemic. The Human Botfly, Dermatobia Hominis, burrows under the skin to lay its eggs. The larvae hatch and quickly devour the skin of the victim. Wartorn nations suffered mightily at the hands of this pernicous invader.

It is no exaggeration to say that nearly the entire population of the world died in the World War I – Botfly nightmare. It was left to several disparate groups to carry on the torch for humanity:

1) An automobile-based group of warrior tribes in the Australian Outback who thrived in the post-apocalyptic milieu.
2) A colony of mole people in Ohio who emerged from the ground sniffing and squinting only to find a landscape devoid of regular humans.
3) A small group of half-naked floozies in Southern California.

* And so the humble ramp takes its place alongside other technological game changers as:

…but that’s a story for another time.

One thought on “Top 10 Ramp Disasters in History” 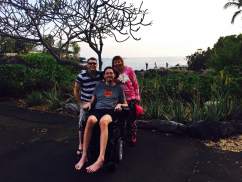 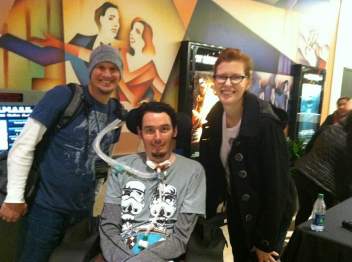 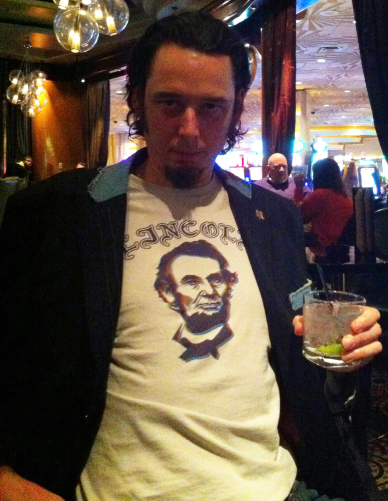 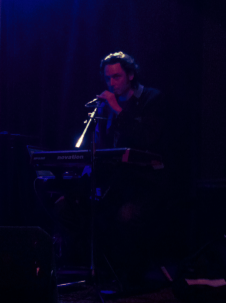